Ten years after the Metropolis attack, former Prime Minister Pauline Marois doubts that Quebecers have learned the necessary lessons considering the violent acts and hate speech against candidates and elected officials during the election campaign.

“I have a lot of respect for people who do politics, especially in the current context. It takes a certain courage to do this job, ”says the one who has led nine ministries during her career.

Each time she sees a political figure being the victim of a violent incident, Pauline Marois admits to being struck and shocked. She denounces the rise of this type of behavior when the provincial election campaign is just beginning.

“I think we may not have come all the way we should have gone since 2012 when we see situations like that, she believes, in particular with reference to the threats received by Liberal MP Marwah Rizqy lately. . We are lucky to live in a society where we can resolve conflicts through discussion, through agreements, and not through violence. »

When she thinks of that fateful evening of September 4, 2012, a great sadness still overwhelms her. What was supposed to be a huge celebration turned out to be a tragedy that cost the life of Denis Blanchette in addition to seriously injuring Dave Courage, two stage technicians. They were outside the artists’ entrance when Richard Henry Bain showed up there, armed to the teeth.

The arrest of gunman Richard Henry Bain, near the Metropolis, in Montreal, the evening of the attack.

Initially, as authorities attempted to untangle what had just transpired, Mme Marois was advised that a sound bomb had been thrown inside the building and that there was no need for further concern.

She then went to a nearby hotel with her family and close associates. It was then that the Sûreté du Québec, responsible for his protection, gave him the facts.

“I was in a lot of pain, but I kept my cool. I wanted to stay in control. I knew what awaited me the next day, I knew I had a press briefing to give. I had to be in good shape, so I tried to calm down and get a few hours of sleep. Let’s say we canceled pretty quickly the big party we had planned with my whole team. »

With hindsight, Pauline Marois regrets not having named the event earlier for what it was: a terrorist attack.

“I practically acted as if nothing had happened, I kind of denied the event. I haven’t used it. Perhaps I should have, when I think about it, because it was an attack on democracy and it is very serious. But I did not want to exacerbate my relationship with the English-Quebec population, ”she adds, referring to the hatred that the killer harbored towards the separatists.

Although Bain tarnished the most important day of her political life, she doesn’t blame him, as she feels “justice has been served.” »

The protection measures for elected officials were reviewed following the Metropolis attack, believes a retired bodyguard, who says that “zero tolerance” has since been established.

“Things changed after the Métropolis, recalls Normand Desrochers, a retired Sûreté du Québec (SQ) policeman who was assigned to protect Jean Charest during the 2012 campaign. world in close security after. »

Despite numerous criticisms and a civil lawsuit still in progress filed by stage technicians and targeting the SQ and the Montreal police, the ex-agent maintains that everything was done within the standards at the time.

However, following the tragic events in the Metropolis, improvements were made in the training of officers.

“But the recipe remains the same,” he says. There are limits to what you can change. If we want to change the recipe too much, we will end up putting the person in a bubble and never getting them out. But it goes against what they have to do, it’s their livelihood to connect with people. »

There is no doubt that the discourse surrounding politics is more violent today than it was in 2012, for political scientist and professor at the University of Quebec in Montreal (UQAM) André Lamoureux,

“It’s as if the citizen no longer has the right to discuss freely,” he said. But freedom of expression is the basis, it must be allowed. »

According to him, politicians should benefit from even more protection, considering the level of violence held by certain groups, mainly online.

If Pauline Marois, whose election put an end to excessively polarizing student protests, had been elected in the current context, she could have faced even more violent threats and gestures, believes the political scientist.

The pain intensifies year after year

After having tried several professions since 2012, Dave Courage is back in the entertainment world, the only field that really fascinates him despite all the bad memories attached to it.

The more the years pass, the more Dave Courage feels the pain left by the bullet which passed through his body in 2012. “I’m not well at all”, says the father of the family, who still has to fight to receive medical follow-up appropriate.

A month after the 2012 attack, a benefit concert was held at the Metropolis to raise funds for the family of Denis Blanchette, the stage technician killed by Richard Henry Bain. Nearly $250,000 was collected and donated to bereaved loved ones. For Dave Courage, it was the beginning of a long series of injustices.

“It was legitimate for Denis’ family [Blanchette]. It’s a tragedy what they went through. But I live with the aftermath of that bullet every day of my life. During the concert, a small pot was set up for me in the room and it was almost empty at the end. I felt ignored and neglected. Ten years later, I still feel that way. »

The Montrealer has had to fight since 2012 to receive help to take care of his physical and mental health. He says he constantly encounters administrative problems with the various institutions that are able to compensate him.

He still lives with post-traumatic shock, in addition to experiencing chronic pain through much of his body

“I’m bad, standing, I’m bad, sitting, I’m bad, lying. If it continues like this, I will be paralyzed in ten years and I will hate my life in 20 years. My injuries are getting worse over time and I need help. »

Although he finds the gesture of Richard Henry Bain unjustifiable, Dave Courage says he understands a little better where the violence that Bain showed in 2012 since he was “in the system” to treat his mental health could have arisen. .

Also present that evening, his former work colleague Gaël Ghiringhelli understood years later why he was so irritable, hyper-vigilant and constantly angry. He too experienced post-traumatic shock following this event and all his dreams were shattered.

“I want and need to fix my sanity. I have a shitty life, I’m on social assistance, it still frustrates me enormously, ”said the man who is suing the Sûreté du Québec and the Montreal police for $600,000 along with three other former colleagues.

As with Dave Courage and several other technicians present that evening, the attack shattered Mr. Ghiringhelli’s ambitions and shattered part of his life.

When weather and fate intertwine

When she had just been elected as the first woman at the head of Quebec, Pauline Marois had to go to the Metropolis on foot to celebrate. But the pouring rain forced a change of plan that possibly saved his life. 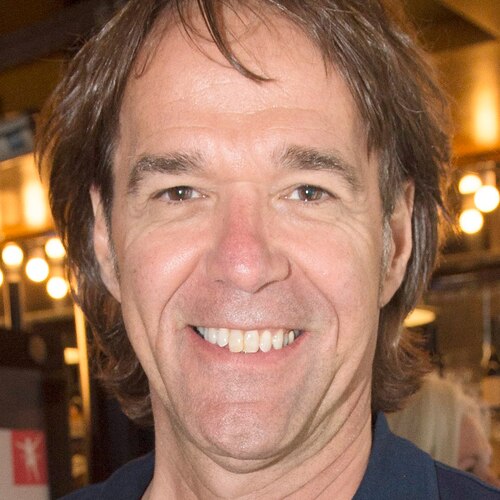 “It was I who made the decision to tell Mr.me Marois from arriving by car because of the rain, recalls actor Yves Desgagnés, who was responsible for orchestrating the evening of September 4, 2012. As Jean Charest had called her a street woman during the campaign , we wanted to wink at it by having it arrive by the street. But in the end, given the weather, it was much better that she arrived fresh and ready than a wet duck. »

Richard Henry Bain had been scouting around the Metropolis during the day. He had returned there in the evening and had parked in his car, dressed in a bathrobe, very close to the theater.

“Imagine the scene if he had seen Mme Marois arrive on foot with his family. The great damage,” adds Mr. Desgagnés.

During his trial, it was established that the 71-year-old had enough weapons to equip a small army.

However, after opening fire on Denis Blanchette and Dave Courage, his weapon jammed. He was thus able to fire a single bullet, which killed the first stage technician and seriously injured the second, even though his magazine contained 56 of them. It was then that he set fire to the artists’ entrance with gasoline, before attempting to flee. The police quickly intercepted him.

Bain acknowledged that his intention was to kill “as many separatists as possible” and that he would have continued had his weapon been functional.

He was convicted in 2016 of second degree murder and attempted murder. He is serving a life sentence without the possibility of parole for 20 years.

“We avoided carnage,” said Sylvain Tanguay, who was director general of the Parti Québécois at the time. A lot of people are affected by that. It is very moving. We have a duty to remember because what happened is very serious. »

Do you have information to share with us about this story?

Got a scoop that might be of interest to our readers?

What happened to the… zebra mussels?