Stuck in a foreign country for two months, Ekaterina Usmanova admits to having “cried all the tears [she] could scream.

In August, the Canadian permanent resident returned to Russia for the first time in nearly three years to visit family. Like so many others who were unable to visit each other while on opposite sides of the globe, the COVID-19 pandemic had separated them

On her trip back to Toronto, the 26-year-old stopped over in Istanbul, Turkey. This is where his trip took a huge detour when his travel wallet and Canadian permanent resident (PR) card were stolen.

As panic began to set in, she remembers thinking, “I just lost my whole life; I just lost everything I worked for.

She says blind spots with security cameras at the airport meant officers couldn’t see the culprit behind the brazen theft.

Alone in a country she had never visited before, Usmanova filed a police report and then went to the Canadian consulate in Istanbul to try to replace her PR card. She was not even allowed to enter the office and was denied access because she is only a permanent resident, not a full citizen.

His next step was to file documents with the Canadian Embassy in the Turkish capital of Ankara. that was two months ago.

Almost defeated, she admits: “I have exhausted all my emotions throughout this really stressful journey.

Eight years ago, Usmanova moved alone to Vancouver as a teenager to attend university. Three years ago she decided to move to Toronto to continue building her life and start her professional career as a marketing manager and professional photographer.

She admits, “I don’t have a home outside of Canada because for most of my adult life that’s where I lived.

Traveling with Canadian papers as a permanent resident, she thought her emergency situation as a young woman stuck in a foreign country would speed up the process for Canadian authorities. It was not his experience.

“I thought it would take me about two, maximum four weeks to get my things in order and come back. I had absolutely no idea it would have happened that way.

She adds that the government’s lack of action “definitely adds a huge bitter drop to my glass of tears at this point”.

Usmanova said she had to move 15 times over a 58-day period in Turkey. She was forced to leave the country and return to Russia, where she is now waiting to find out when she can return to Canada.

Last week, she said she received a message from her employer in Toronto.

“Unfortunately, my company had to terminate my position after two months of uncertainty,” she says.

Usmanova is unsure how she will cover the rent for her condo in Toronto, where she financially supports her younger sister who is in college and lives with her.

Wearing a brave face, she said, “I don’t want to have negative thoughts. I am a great fighter. I don’t want to think that we could lose our apartment.

Sitting in their shared condo in Toronto, her younger sister, Sofia Usmanova, reads the sticky notes on the fridge that the two wrote and left for each other.

One of Sofia’s favorite notes reads, “Thank you for your unconditional love.”

The 20-year-old says she has called Immigration, Refugees and Citizenship Canada several times a day for weeks, but always receives the same frustrating automated message: “We are receiving a high volume of calls, please call back later. » 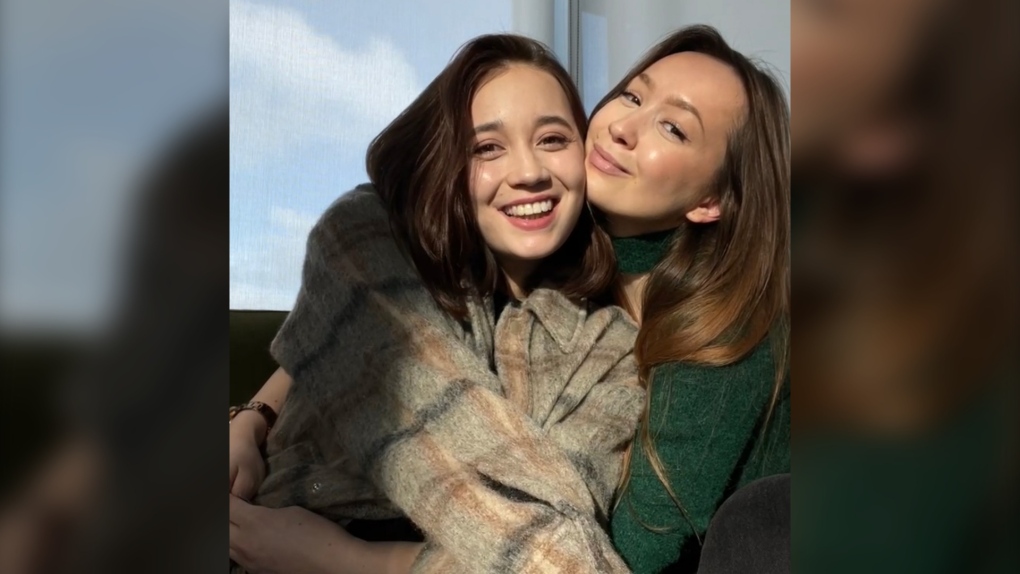 Reflecting on her experience trying to reach a Canadian immigration officer for help, the young Usmanova shares that “it’s not just about her, it’s about the immigration system, the whole system is not working properly”.

Canada plans to welcome nearly 1.5 million new permanent residents over the next three years, in part to fill critical job shortages in multiple sectors. However, an immigration lawyer believes the Canadian system is chaotic and the shortcomings need to be fixed immediately.

“The government needs to dedicate more resources to the Department of Immigration to ensure staff are there to process applications in a timely manner.”

CTV National News has contacted Immigration, Refugees and Citizenship Canada about Usmanova’s case several times this week. However, they were unable to provide an update before our deadline.

A day after speaking to CTV National News, Ekaterina Usmanova received an email from the Immigration Minister’s office saying, “Rest assured that every effort is being made to process applications received in the most efficient and effective manner.” . However, due to COVID-19, all existing and new applications will continue to be processed, but may experience delays.

“I don’t think (the email) can remotely be considered satisfactory,” Usmanova says.

She wants to return home and find the life she worked so hard to create in Canada.

Usmanova was left in immigration limbo, unable to re-enter Canada for 71 days and more.

Election in Quebec: the leaders face off tonight in the first electoral debate

Denis Coderre will host a radio show during the holidays

Exchange Rates: How Canadians Can Save When Traveling