It’s a scene that didn’t make it into the documentary but is still deeply revealing.

Sitting around a campfire in their hometown of Sarnia, Ontario, Abby Spadafora and Mel Hunt look like so many other moms in their thirties.

They talk about their children, housing prices in the area, and long-lost acquaintances. But when the memories turn to the years they spent training together as elite athletes, the conversation takes a dark turn.

“We were just kids, you know, playing a sport that we love. And some people took advantage of that,” Abby told CTV W5.

Like many gymnasts, Mel and Abby weren’t even old enough to go to school when they were introduced to the sport. By age eight, the two were training competitively at Sarnia’s then-renowned Bluewater Gymnasium.

In the years that followed, they became among Canada’s top gymnasts in their respective age groups, competing internationally as members of Team Canada and dreaming of the ultimate goal: to represent Canada at the Olympics.

Their head coach was a well-regarded leader, Dave Brubaker.

“He says jump, you say ‘how high,'” Abby recalled. “I was petrified when I was in there.”

Nonetheless, the girls excelled under Brubaker’s tutelage, winning medals and countless headlines in local newspapers. From the outside, it seemed like an ideal match: a strict but competent and caring coach, paired with talented and committed athletes. The reality of the true nature of these relationships has remained secret for years.

“Nobody knew anything,” Mel said. 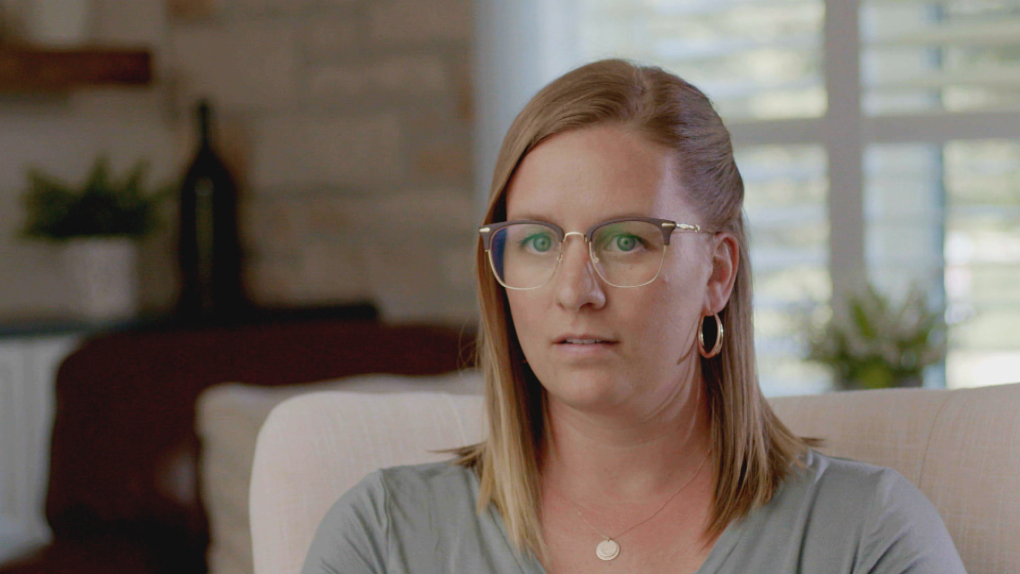 It would take almost two decades before the truth about Brubaker’s behavior and methods was revealed.

“I thought I was going to the grave with all of this,” Abby said.

In 2019, more than a decade after quitting competition, Mel and Abby were among a group of 11 gymnasts who filed a complaint against Brubaker with Gymnastics Canada.

A three-year investigation process followed, but in the end a disciplinary committee determined that 54 of their allegations were credible. Among those allegations were found that Brubaker had ‘landed an athlete on the head during training’…that he was ‘inappropriately affectionate’ with an athlete and told her he ‘wanted to touch her …and that he engaged in inappropriate massage with an athlete …including “sliding his hand under his underwear”.

Brubaker was banned for life from coaching gymnastics in Canada.

“It’s amazing,” Abby said, “all of us who came forward and found the strength to do this. I’m so grateful.”

Coming forward, Mel and Abby have joined a growing number of voices speaking out against the treatment of gymnasts by coaches, trainers and administrators.

In May 2022, a class action lawsuit was launched against Gymnastics Canada and provincial gymnastics bodies across the country alleging systemic negligence.

Five months later, in October 2022, a group called Gymnasts for Change, representing over 500 current and former gymnasts, called for a public inquiry into what they say is the sport’s toxic culture.

For Abby, it’s simple. Coaching, training methods, the treatment of athletes need a complete overhaul. “Culture, everything. Everything must change. From bottom to top. From top to bottom.”

“Broken: The Toxic Culture of Canadian Gymnastics” is a co-production between W5, TSN and Crave. You can see the W5 version on Saturday at 7 p.m. The feature-length documentary is also available now on Crave.

Pickering school in custody and secure as police investigate incident